After much deliberation we narrowed it down to these incredible finalists. We hope to share a little of what we came to learn about these impeccable people and that you take some time to listen and enjoy their music as much as we do! 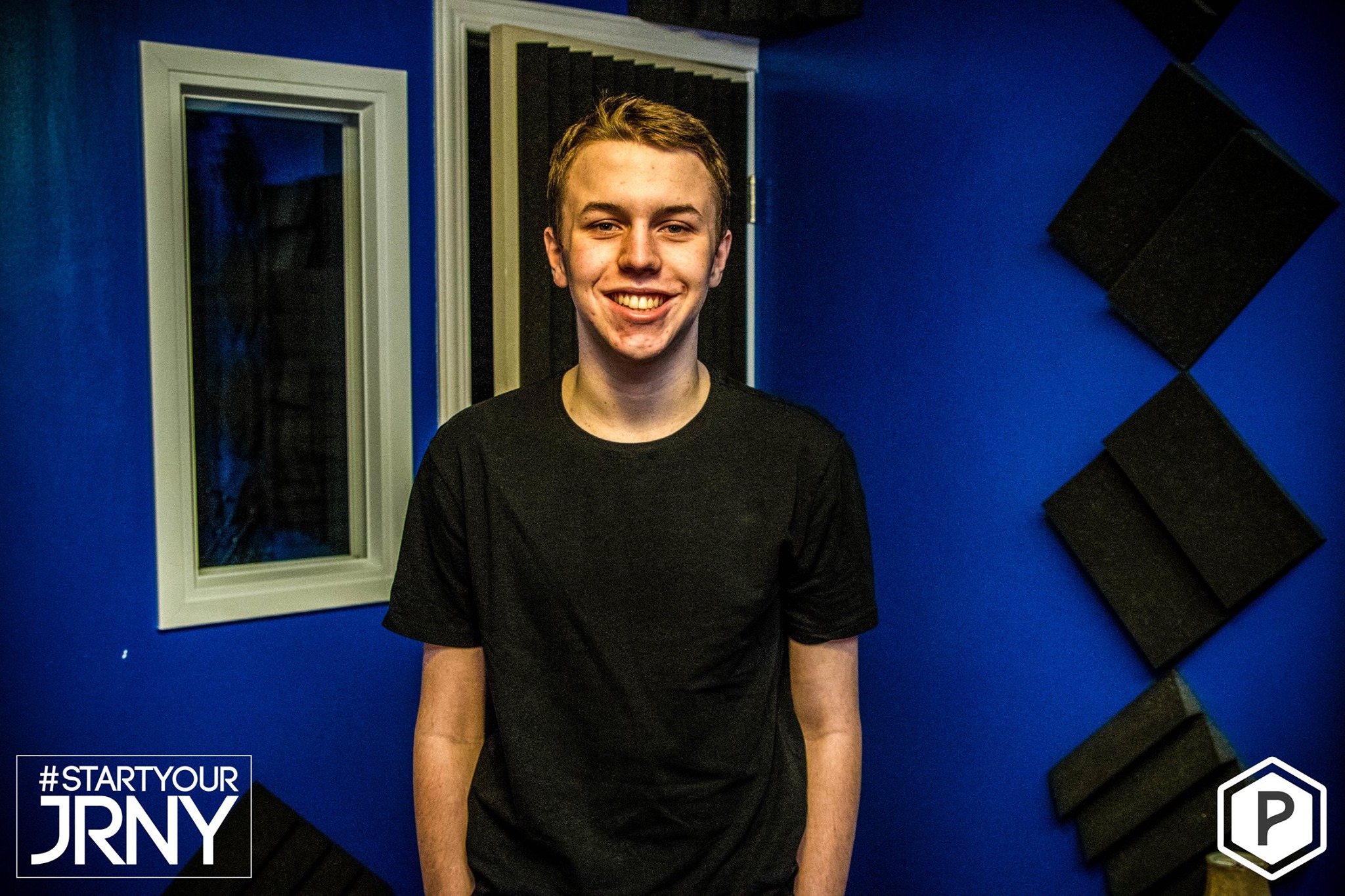 BIOGRAPHY
“Ben Heffernan is a 16 year old singer-songwriter based out of London, Ontario. He released his first EP, entitled “Different Wars”, in March 2017. Heffernan considers John Mayer, Ed Sheeran, and U2 his main influences. His live performances have drawn further comparisons to Ed Sheeran due to his use of a loop station, which allows him to create additional layers of instrumentation and backing vocals on the spot. In April 2016, Ben won a Jack Richardson London Music Award in the Youth category, which won him a full development package. The future appears to be bright for this young singer-songwriter, who is determined to continue to build his name and create a career for himself in the music industry.”

FUN FACTS
– He started his “music career” with a paint brush microphone and a ukulele singing Elvis at the age of one.
– He was in a Beatles cover band called “The Stink Beatles” between age 9 and 13.
– In early 2015, a casting company left a comment on his YouTube cover of U2’s Song for Someone saying that his version of the song had been chosen to be in U2’s music video for the song. He called the number too late that day and missed the opportunity.
– He wrote his first song at the age of 7 about McDonald’s Happy Meals.
– When he decided to go solo in 2014, he realized that the only drawback was that the sound he could produce on his own was weak in comparison to a band, so he bought a loop pedal to fill in the gaps. 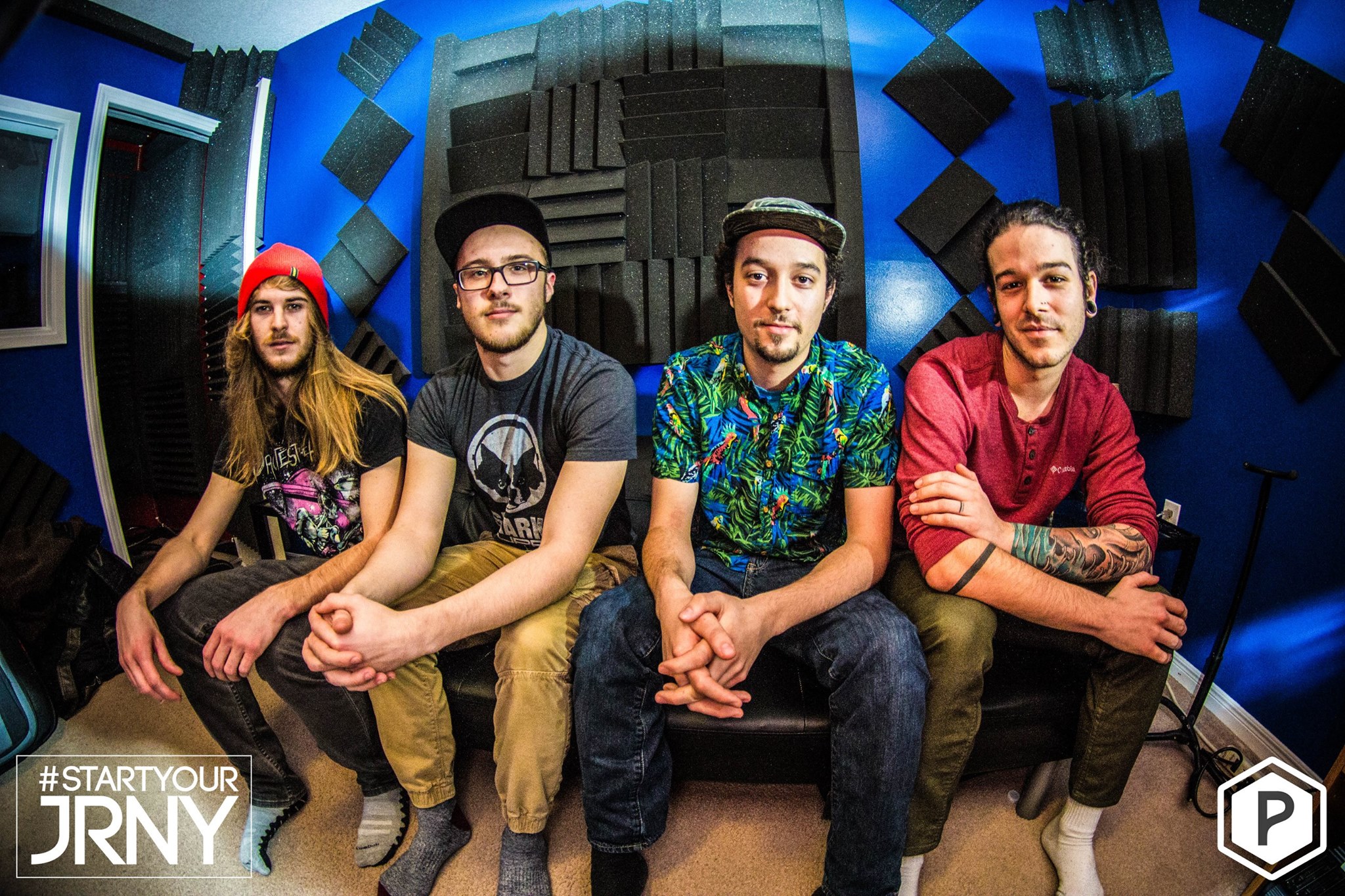 BIOGRAPHY
“We tread not in the footsteps of the masters We seek what they sought.
In a time where the industry is saturated with more product than music, four individuals came together from a place long forgotten. A place where music is more than a paycheck, more than a stepping stone but a true expression of the soul.
Bodhi Jar is not the product but the vessel. In 2013, four separate energies from four distinct pasts converged to carve their own path through the universe. Andrew Bragg, Drew Merrifield, Anthony Borek and Dakota Noreiga became the four pillars to this Progressive Rock sound.
When your only ambition is creation you delve into a place of purity. A place where inspiration resides and imagination reigns.” 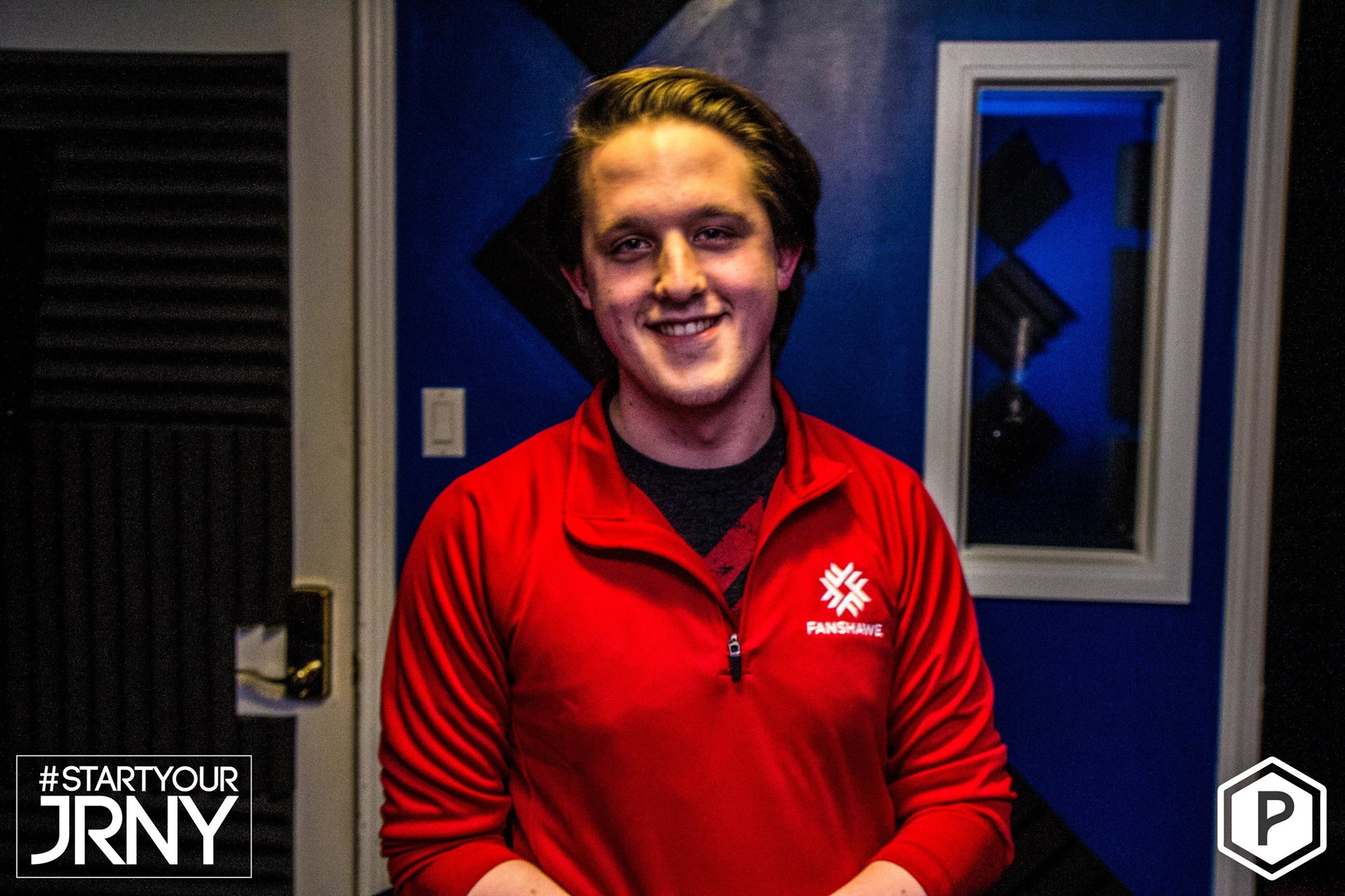 BIOGRAPHY
“One of the best feelings in the world is being absolutely and utterly lost in a moment of music. An intimate experience between artist and listener. This can happen in the line at Starbucks, on the radio while you drive to work, or when listening to your favourite playlist before you fall asleep. Cameron Jericho’s vivid imagery, honest storytelling, and vocal sensibilities bring you these moments with unique and interesting songs.

Pulling from both current and legendary influences, Jericho creates a new and exclusive sound that can only fall under the umbrella of “Folk”, while still confidently flirting with the best parts of pop music. Someone who can engage with the gritty side of life, he also remembers to come up for air- which leads to emotionally dynamic music. These songs were born to live in your all-time top ten lists.

Jericho has an impressive repertoire of work, including having a co-written song placed in an award-winning short film, playing live on CBC radio, and headlining the grand opening of “The Rosewood” venue in London. Years of performance in almost every size of venue has given Jericho a polished and experienced stage presence, apparent from the very first song of every performance.” 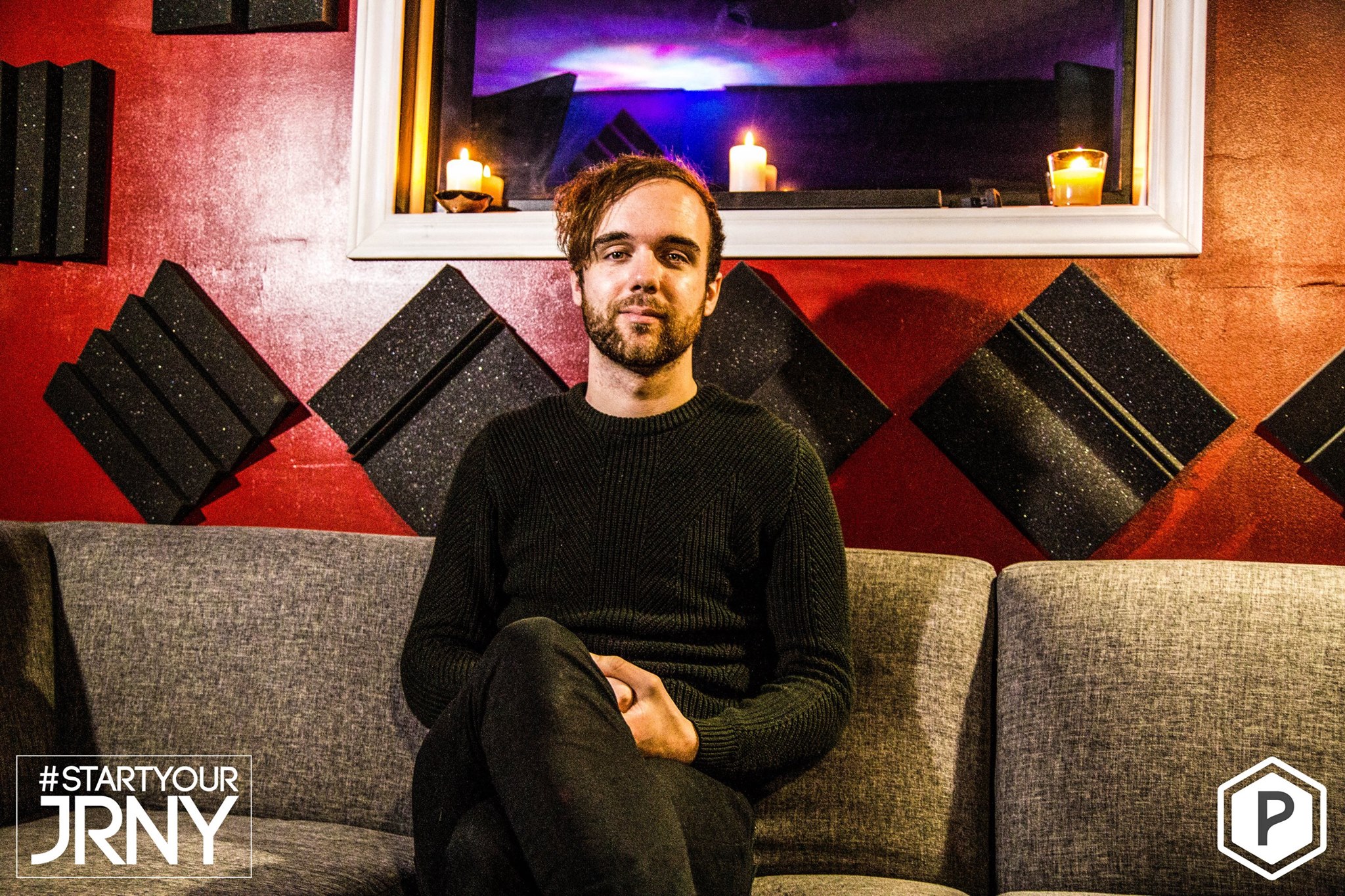 BIOGRAPHY
“Cameron Russell comes from a long history of musicians in his family.
He started playing guitar at a young age at the insistence of his father and ended up loving it enough to try and make a career out of music. He is currently involved in a few projects, one being the local London band Kid Royal as the main songwriter and singer of the group. He is currently attending Fanshawe college and is enrolled in the MIA (Music Industry arts) program.”

FUN FACTS
– He absolutely love cats with all of his being. He must have been a cat in my past life.
– If he wasn’t in MIA he would probably be in school for culinary/chef training.
– His entire family is from the east coast. (PEI/New Brunswick)
– The bartenders at Molly Blooms know him by name.
– If he was a kind of food, he’d be an Extra cheese pizza.

BIOGRAPHY
“Five Oceans first wows an audience with the powerful vocals of lead singer Warren Hargraves. Hargraves’ voice features vintage-meets-modern charm, influenced as much by old-school acts like The Allman Brothers and The Eagles as it is by currentday
troubadours like Chris Stapleton and Anderson East. When first paired with the dynamic work of guitarist Josh Try in the summer of 2014, the high school friends knew they had captured something special. Try went to work finding a rhythm section capable of taking the pair to new heights, eventually settling on two of the finest musicians he knew: bassist Pat Dal Cin and drummer Mark Swan. Hargraves also recruited his uncle, accomplished saxophonist Creg Johnston, to round out the lineup. Since then, Five Oceans have been hard at work generating interest on the local scene, including spotlight appearances on CHRW, Reaney’s Pick and the London Free Press, and sharing the stage with a wide range of acts including Arkells, The Darcys, Torero, and Genevieve Fisher. After the release of their debut EP, “From What You’ve Heard”, in fall 2015, the boys continued to develop their own brand of rootsy, souful, southern rock with the release of their first single, “I’m Gone” (produced with Studio B’s Randy Rektor) in May 2016. A wild summer followed, seeing Five Oceans play shows to captive audiences across Southwestern Ontario,
including multiple sets in Toronto and Hamilton. With colder weather, the band has settled in to record a new EP, produced by Alastair Sims, with an expected release date of Spring 2017. The band is always looking for new venues and audiences to
share their music with, and are poised to make 2017 a year to remember!”

FUN FACTS
– Drummer Mark Swan once placed second in a national drum solo contest – this means he is the second best drummer in all of Canada.
– The band went through numerous name changes before settling on Five Oceans, including “Barbecue” and “Lamp”.
– Bassist Pat Dal Cin hails from Sault Ste. Marie, ON, and has a very distinct (though subtle) accent as a result. This makes him the most exotic member of Five Oceans.
– Singer Warren Hargraves and guitarist Josh Try went to high school together, though they were more “acquaintances” than anything. Now, they refer to themselves as “business partners”, but never “friends”.
– The band opened for the Arkells at Western University in September of 2016. 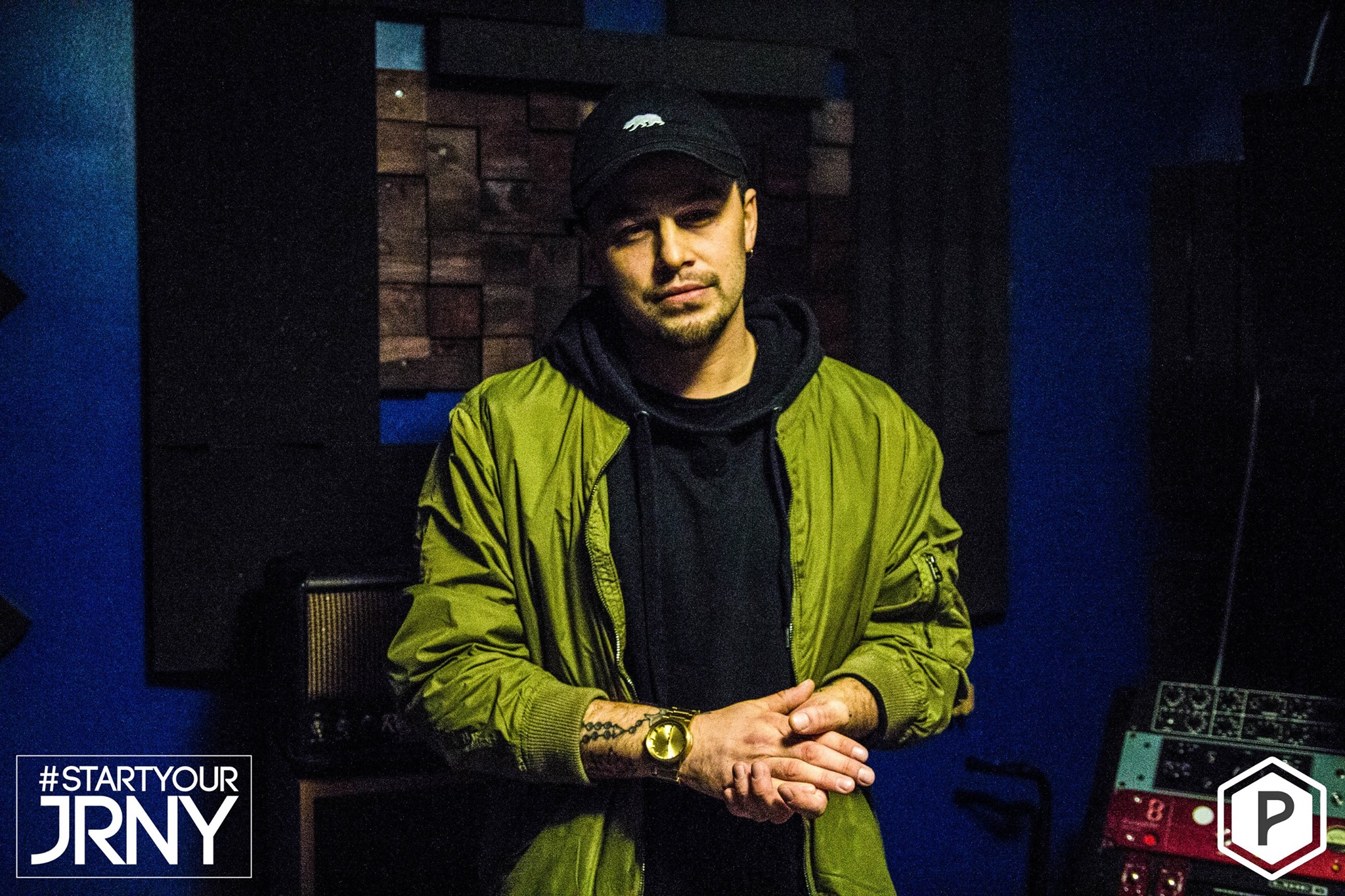 BIOGRAPHY
“Jeremy Edward Leach (a.k.a. J.R. Fillion), born July 20th 1989, Ontario Canada. Coming from a small hunting town in the middle of the rugged deep north, J.R’s strong passion for music began. Music was always in his family; J.R.’s grandmother would play harmonica, guitar and his grandfather would play the banjo. “They brought the heat back in the day!” With music already running in Fillions veins, J.R. started to write more and more.
After moving around Ontario and ending back up in his birth town London, Ontario he really started to focus his craft. It wasn’t until recently things started moving uphill, excelling with his passion for music.”

FUN FACTS
– JR was raised in a small hunting town up north with only 100 people and no streetlights or stores. town name “Sultan Ontario”.
– JR just left Canada last summer for the first time. His music brought him to his favourite city New York.
– JR was the first Hip Hop artist to ever take home the Fan Favourite “Jack Richardson London Music Award” Also my first award.
– JR is the first artist to make a name from his old home town.
– JR loves to rap as fast and as clear as he can to mind boggle. 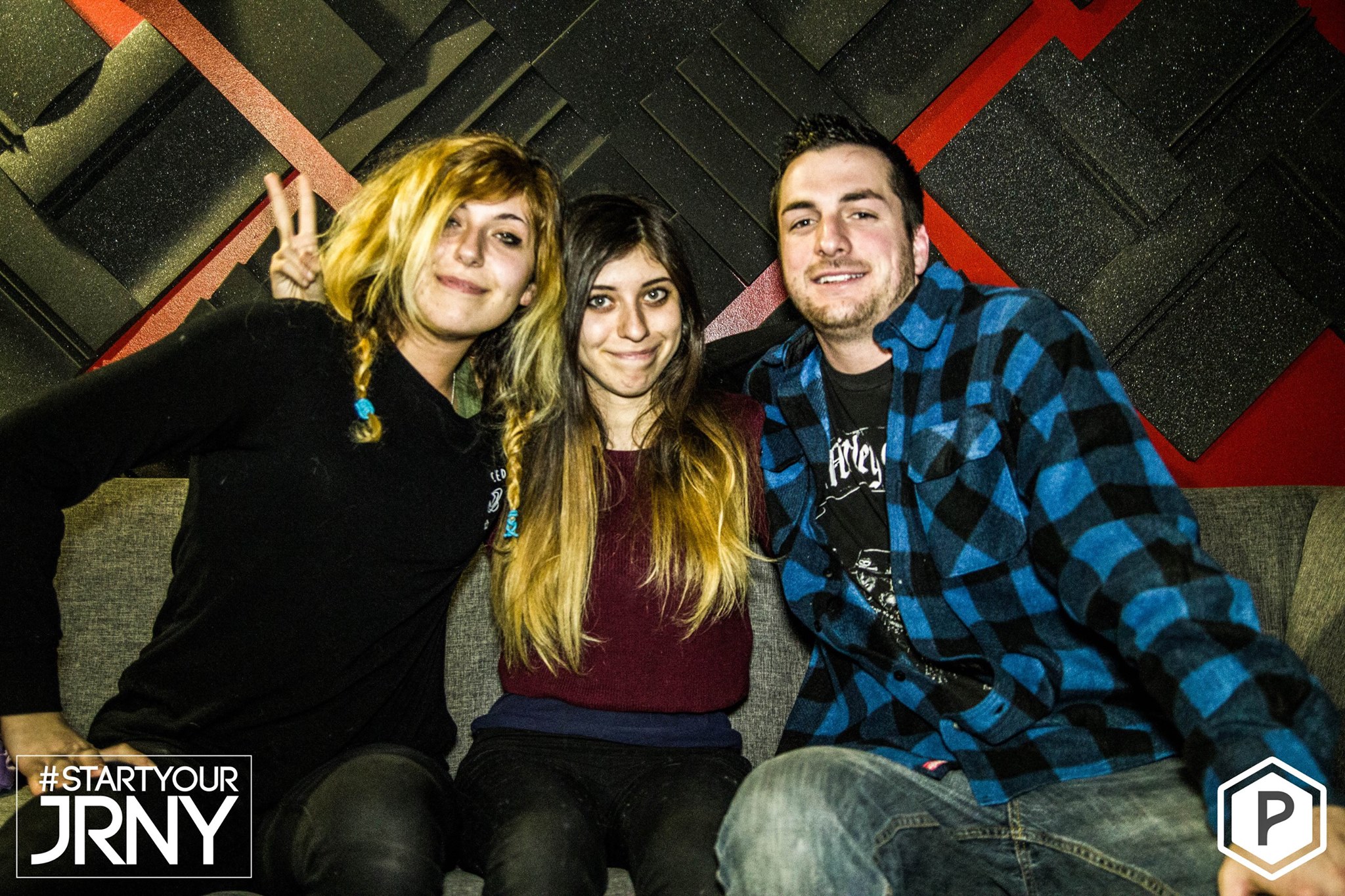 BIOGRAPHY
“Mirage is a group of three humans inspired by fuzzy distorted guitar, loud bass scales, heavy drum fills and intense vocals. Dubbed by listeners as a mix of 90’s grunge, alt rock and punk, Mirage self describes as underground rock (rumbling so super deep below the earth’s surface you could basically call it seaweed level). The band was created 4632 hours into 2013 by Ariel & Leeona, who are sisters that write music to express themselves and dive out of reality. Intensified by Jordan, smashing in with dynamic beats, the trio is hugely inspired by all kinds of music…and sounds…and art…and life. They love to play live and loud, and though they have played around a bunch of places in and around London, a few in the the GTA, Ottawa and Montreal, travelling and playing even further and louder is something they would love to do! Mirage is working on releasing their first ever LP with, of course…(you guessed it)…13 tracks.”

FUN FACTS
– They love tardigrades + outer space + sea creatures + the unknown.
– Their band’s original name was cat inspired (what it was will remain a secret).
– They dream of one day travelling to Japan. All for the sushi…errr…They mean, to play live there!
– They have hundreds of originals written, because making songs is one thing they can never have too much of.
– Mirage contains the number 13 because they started the band on July 13, 2013. And though they ended up having two car accidents on a 13th, they’ve also had multiple awesome shows!

Nate & Trish or Whatever 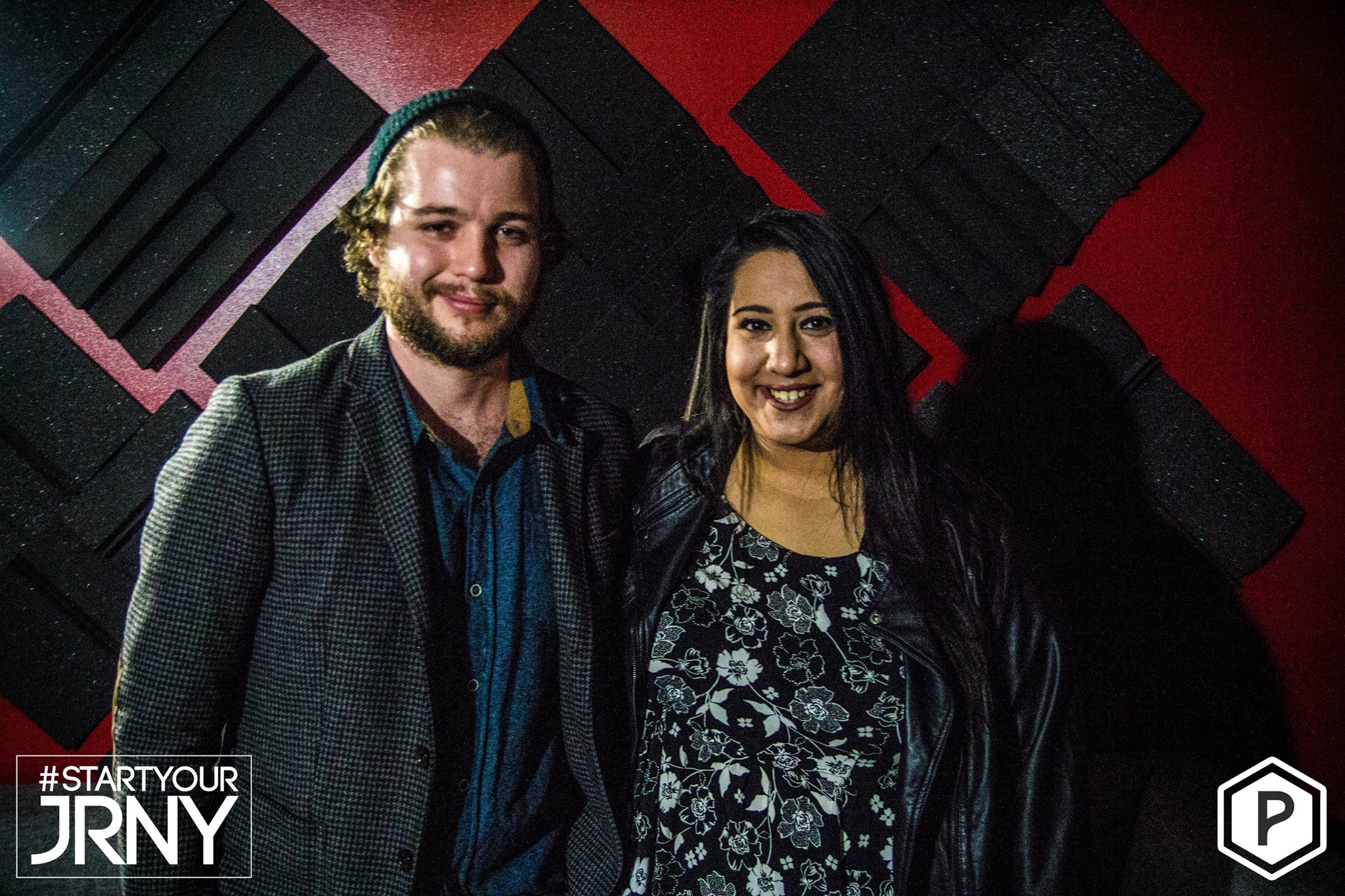 BIOGRAPHY
“Nate Bain and Trish Sawhney are the two components that fuse together to create what is known as Nate & Trish or Whatever. The two met in 2012 while studying Music at the University of Western in London, Ontario, Canada. They officially formed the pop/rock duo in 2013. After playing many shows and making music together for a couple years, sessions began in 2015 for their debut EP, Line In The Sand, recorded at Grant Avenue Studios in Hamilton. Line In The Sand was officially released in October 2015. Nate & Trish are currently working on material for their first LP, which is set to be released in late 2017 or early 2018.
Nate & Trish or Whatever draw influence from a wide variety of musical styles ranging from folk, to jazz, rock, to hip-hop, as well as classical. Nate & Trish want to provide you with music that you can enjoy while sitting on the couch, dancing at party, or slaying dragons on the slopes of Mount Kilimanjaro. Nate & Trish or Whatever are a musical two ready to serenade you!”

FUN FACTS
– The first show Nate & Trish played together was actually before they really even knew each other during Frosh Week and was in front of 7000 people.
– Their EP was recorded by Bob Doidge, the same man who has recorded artists like U2, Bob Dylan, Johnny Cash, Gordon Lightfoot and Raffi.
– Trish fully fell down on stage at their EP release and took the whole keyboard with her in front of 200 people, yet only 3 people actually saw it happen.

Connect with Nate & Trish or Whatever Today!
Facebook, Bandcamp, Soundcloud.

See each of these artists perform LIVE at the London Music Hall on February 12th to win the Start Your JRNY prize packages!